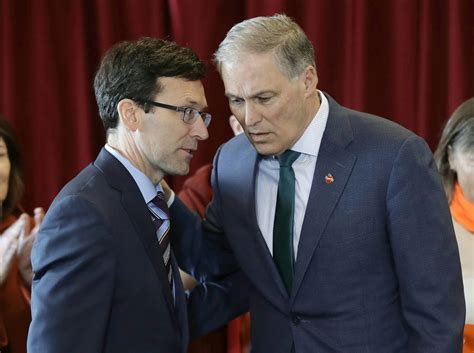 There is no shortage of bills filed in the Washington state legislature this year. As we reported last month, Jay Inslee and Bob Ferguson are laser-focused on passing a gun control “package” of bills with their grandaddy of them all being the “assault weapons ban.”

“There are no legitimate reasons for them in our society,” He continued.

HB-1240 has a long list of weapons that will be banned under this legislation.

In addition to this ban of so-called “assault weapons”, there are several other bills that infringe upon the 2nd Amendment rights of Washington citizens.

The state House Civil Rights & Judiciary Committee will hear four of these bills next week on January 17th at 10:30AM. We need all citizens to make their voices heard. We’ll break down each bill and give links so you take action. You must act no later than 9:30AM on 1/17/23.

The following information is provided in partnership with, William Kirk, President of Washington Gun Law.

There is perhaps no piece of legislation being proposed this session THAT IS MORE DANGEROUS, than this bill.  The bill would completely eliminate state preemption allowing cities, towns, counties and municipalities to make their own gun laws, including those more restrictive than current state law.  This will create a hodgepodge of varying rules and laws, which is clearly intended to confuse and frustrate otherwise lawful and responsible gun owners.  The ideas behind laws should be consistency and the ability to easily learn and understand.  This bill does exactly the opposite.  It’s bad enough that local governments have been allowed to defund their police departments while at the same time allowing the State government to disarm lawful citizens.  This bill just allows local governments to assist in the disarming of their lawful and responsible citizens.

HB-1143 – Concerning requirements for the purchase or transfer of firearms.

HB-1144 – Enhancing requirements for the purchase or transfer of firearms.

This is the most offensive bill to be sponsored this legislative session.  This is a bill that would require you to seek government’s permission (via a license) BEFORE you can exercise a Constitutional Right.  If you removed “purchase a gun” from this bill and substituted “vote” or “go to church” you would see the absurdity of requiring Government’s permission to exercise a right.  While those who support this bill often times liken this to a driver’s license, remember that a license is a privilege that the State is not required to bestow upon you.  A right is something that government is forbidden to take from you.  This bill essentially will require you to get the State’s permission BEFORE you can exercise a right.  It is unconstitutional on its face and will be struck down if enacted into law.

For now: register your CON position for the record by clicking the button below

Support the movement by becoming a member of CLW or by making a financial contribution. Our team is working hard for the conservative cause – especially when it comes to the education of our children and the rights of parents. Join us!