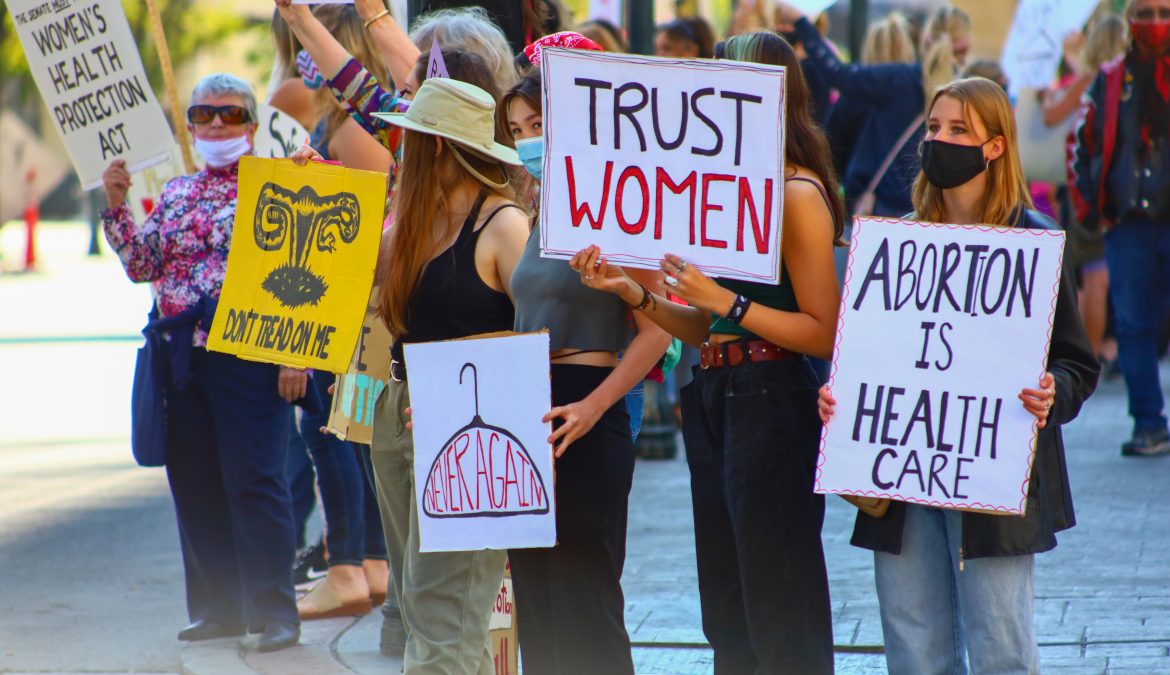 Students at a Bellevue School District middle school were asked today to bring in contributions that would used to send financial aid to a pro-abortion organization in Texas called Texas Equal Access Fund. These funds would be used to help women in Texas who cannot afford to pay for abortions.

The staff at this middle school appear to believe it is their position to indoctrinate students on their political viewpoints and share their version of what “healthcare” is. They used the school announcements time today to ask students to bring in used CDs, DVDs, books and more that would be sold and the money would be contributed to the Texas Equal Access Fund.

“Do you want to help make a step in the right direction and help cultivate the idea that everyone has the right to their own body? Support Human Rights Conversation Club’s book drive to raise money for abortions in Texas. You can donate old and used books, CDs, DVDs, board games, and cassettes to Room 235 from now till the end of the school year. These books will be sold to Half Price Books, and all the profit will be donated to Texas Equal Access Fund to aid those who are not in the financial situation to pay for an abortion. Any support is greatly appreciated! Thanks so much.”

This event is sponsored by the school’s “Human Rights Conversation Club”, which we can only assume is based around political activism. The school (and this club) frames abortion as “the right to their own body,” which is a huge overstep of parental rights, especially considering that many parents do not believe that “abortion is healthcare.” Even those who are pro-choice, often have limitations around that choice and believe that there is a point in a pregnancy where abortion should be off limits. We know that abortion activists and politicians have taken abortion so far as to legalizing full term abortion and even in some states, post-birth abortion.

This is yet another area where government schools are overstepping their bounds and are choosing political indoctrination over education for students. And most likely, the parents of these students have no idea this is going on. The schools intentionally leave parents out of conversations and events such as this.

On the Texas Equal Access Fund’s website they declare: “We believe that abortion is a fundamental feature of health care, and that it is the responsibility of government to cover abortion as part of social safety net programs.” Newsflash for government schools: not all families agree with your position on abortion.

I have said it before and I will say it again: the government schools are beyond redemption. It’s time to burn it to the ground and completely rebuild our education system. We need school choice. We need resources, including financial, for families who want to homeschool. If each student is worth approximately $16,000 per year in taxpayer dollars for government schools, surely there could be a way to redirect funding to homeschool and other options. Although, then there is the argument of: keep the government out of it altogether. Reduce our property taxes to compensate so our tax dollars are not funding more broken government institutions.

But first! We need to elect leaders who support the idea of parents having control of education and the current system gives too much funding to politicians from teachers’ unions and other special interest activist groups.

The grand solution is complicated, and we don’t have time to wait. We have children to save. Consider finding a way to homeschool – protect your child’s mind and heart from this radical left indoctrination.

I got into this issue on my podcast, Womansplaining, today. Take a listen.