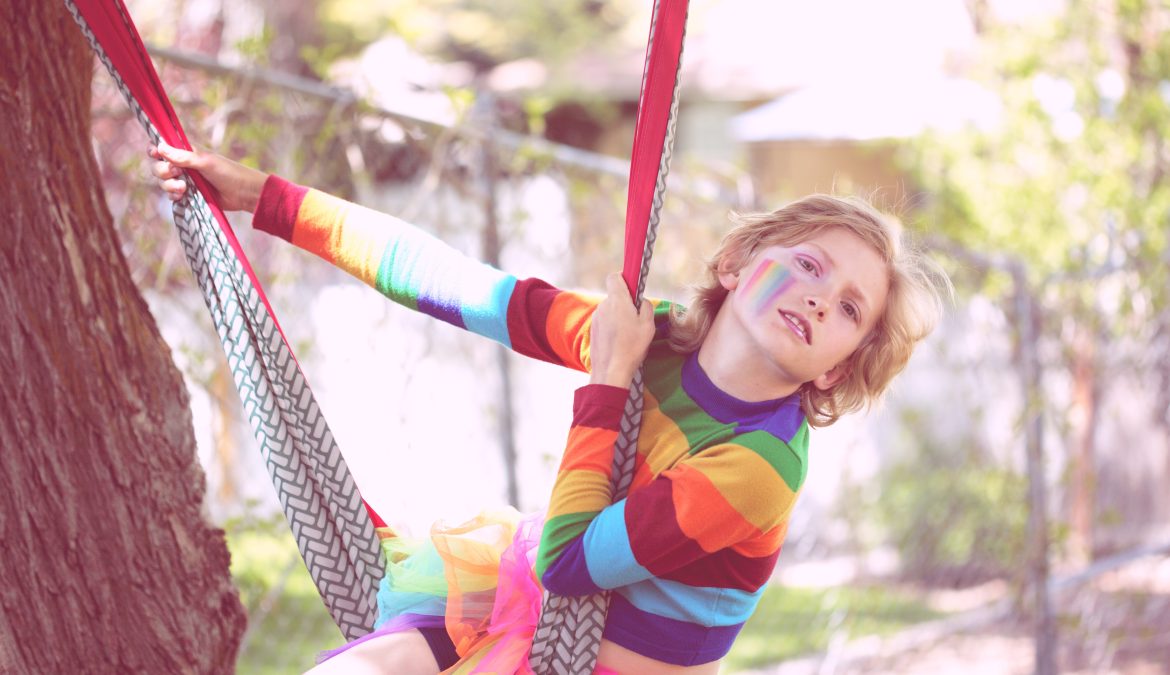 Over the weekend, parents in Texas took their young children – including babies on laps – to watch and participate in a drag performance at a LGBTQ bar. The parents were met with several [peaceful] protestors as well as citizen journalists who were on scene to document the event.

The event featured drag performances on stage with a sign saying “It’s Not Going to Lick Itself” as the backdrop. Parents were seen holding young babies on their laps as the drag queens performed. Older children (preschool and young elementary age) were given bills by their parents (or the “adults” accompanying them) to stuff in the costumes of the performers.

Citizen journalist, Tayler Hansen, was on the scene for this event and describes the scene between the mother and the boy and the bartender:

On Monday, Texas state representative, Bryan Slaton, wrote a press release announcing that he would be introducing a bill to ban drag shows in the presence of minor children. This is legislation that every state should be introducing. It seems like it should go without saying that drag performances in the presence of minor children should be unlawful, but there is a strong movement on the radical left that believes this kind of behavior and grooming is appropriate for children.

It’s unclear whether the senator is joking – it’s not a funny thing to joke about and given the type of legislation this senator has sponsored in the past, it seems that he was probably being serious.

Even in “red state” Idaho, Coeur d’Alene is having a “Pride in the Park” event for children of all ages. One of the sponsors in attendance for this event is the Satanic Temple. Antifa will also be at the event to “protect” the LGBTQ community from “religious extremists.” The Community United Methodist Church is also one of the participating sponsors of this event.

These are not isolated events. These events are not limited to “radical left, deep blue” states like Washington, California and New York. These events are being sponsored by corporations, pro-sports organizations, churches, medical associations. This agenda has permeated every aspect of our society. Due, in part, so our silence – our fear of speaking up against this.

We have been seeing these “drag queen story hours” in our public libraries that are funded by our taxpayer dollars going on for a few years now. Recently a Bellingham school board member hosted a children’s event at her sex shop. Groups are encouraging parents to take children to pride parades and events this month to celebrate the LGBTQ community and lifestyle. There is a huge rise in promotion of these events and push to make them acceptable by most of our society.

We cannot afford to be silent. You may be thinking: “But I don’t want people to think I’m unloving or unkind.” We can love people and treat them with respect without condoning their lifestyle and this kind of behavior. We can, and we must, speak up for our children (ALL children!) and not allow adults to do this to children. At one time in our society, exposing children to this would have been considered child abuse. Nothing has changed about that – it is still child abuse, it is grooming of young children making them susceptible to sexual abuse and exploitation.

We cannot hide behind political correctness. We must speak out. We must hold our elected officials to account. We must elect new leaders who will commit to protecting our children.